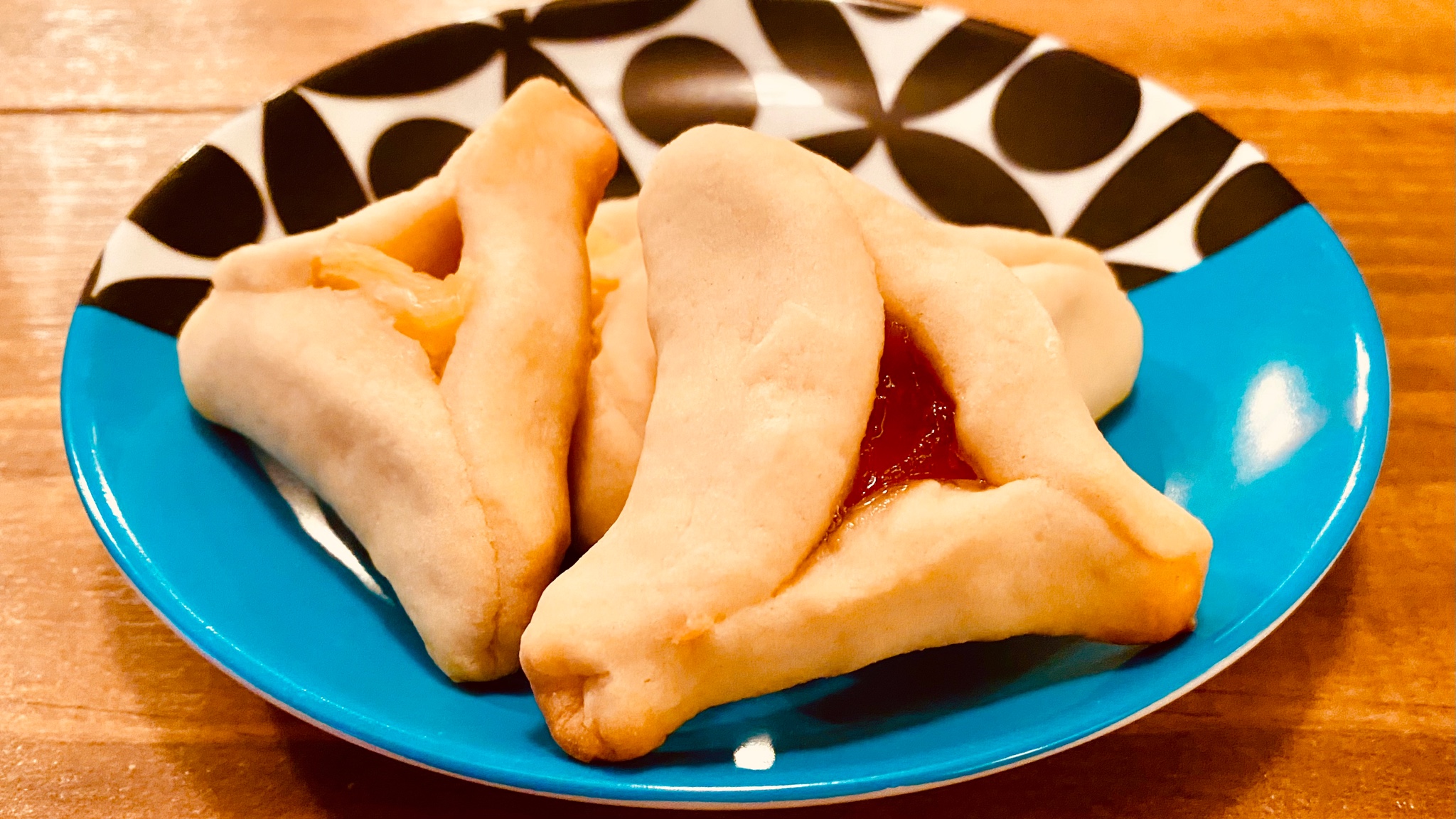 Not just any cookie: a specific triangular cookie made of shortbread and filled with different flavors of jellies and jams. It’s called a hamantasch, and I didn’t know it existed until this week.

This week is special because sunset on February 25, 2021 in the Gregorian calendar (the one you’re probably used to) began 14 Adar, 5781 in the Hebrew calendar. And 14 Adar is the celebration of the Purim, and the story of Purim is wild.

In the fifth century BC, Persia dominated the ancient world: from Egypt, Libya, and Macedonia in the west to India in the east, it was untouchable. In 486 BC, a new king came to power, Ahasuerus. Or as you might know him, Xerxes I.

The Book of Esther records an epic 180-day feast that Ahasuerus holds, during which he commands his queen, Vashti, to appear before his friends wearing nothing but her crown. She refuses, so Ahasuerus deposes her. He has beautiful women brought before him to choose a new queen, and he chooses Esther, a Jewish girl.

Meanwhile, Xerxes’s grand vizier, Haman, is plotting to rid the world of Jews. Well, not the world, just the empire—but the empire was so enormous, it pretty much encompassed all the Jews. He convinces Ahasuerus to issue an irrevocable edict allowing the genocide.

Esther’s relative Mordecai urges her to act with the famous words, “Who knows whether you have come to the kingdom for such a time as this?” (Esther 4:14) In response, she commands perhaps the bravest fast in Scripture: she asks the Jews to fast for three days for her and then declares that she will go before the king regardless of the result of the fast. Most people fast to listen for the will of God; not Esther—she’s going in. Her response is famous too: “If I perish, I perish.” (Esther 4:16)

Fortunately for the Jews, she convinces Ahasuerus to do two things. First, to issue a second edict permitting the Jews to defend themselves and plunder their attackers. And second, to hang Haman on a massive seventy-five-foot gallows he had prepared for Mordecai.

The Persians attack, the Jews defend, and the Jews win and plunder their enemies. With Ahasuerus’s permission, Esther declares a feast throughout the empire, and Jews still celebrate it today.

What does all this have to do with the cookie? Well, despite the title of this post, it depends on who you ask.

Regardless of what’s going on with the cookie, it reminds us today of one of the stranger books of the Bible, one that never mentions God, but is all about fasting, feasting, family, and faith.